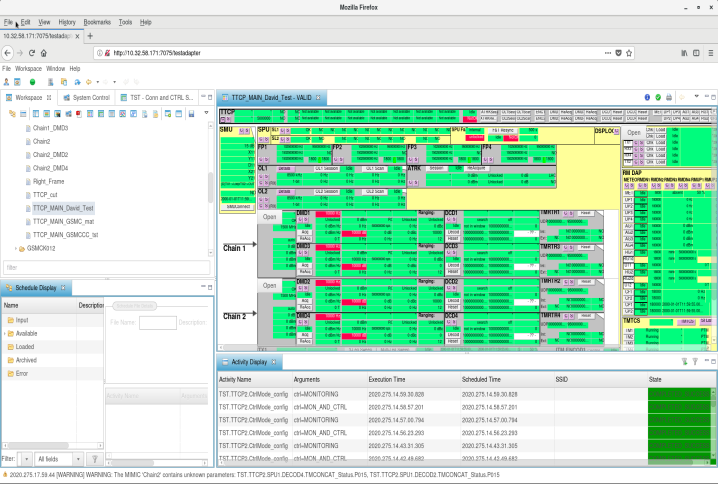 CS GmbH has been selected by ESOC (European Space Operation Centre) for the development and deployment of GSMC-CC (Ground Station Monitoring & Control Common Core). Due to its strong involvement in the EGOS-CC program, CS GmbH was able to build in the past 4 years a core team of experts around EGS-CC that has demonstrated in several occasions to be one of the best teams in the industry.

ESOC has selected CS GmbH for the design, development and deployment of this new system. GSMC-CC will be a system based on the new technologies and trend of ESA with in particular EGS-CC and hence bringing the stability and reliability required for such operational system.

CS GmbH and its mother company have been involved since the early stages in EGS-CC activities. The European Ground Systems Common Core (EGS-CC) is an ESA initiative together with National Space Agencies and European Space Industries that aims to provide the common foundation for Monitoring & Control applications of next generation all across the ESA Agency. Through the years, CS GmbH has developed a strong experience in EGS-CC based on team of experts that is continuously growing and provide its expertise to ESOC, ESTEC and DLR.

To meet the challenge of GSMC-CC, CS GmbH is priming a consortium of 5 different companies selected for their recognised excellence in the different domains expertise required for the development and deployment of such complex and critical system. Among the challenges, CS GmbH consortium will address the following critical aspects:

For more information, please do not hesitate to contact us on: contact@c-ssystems.de

This website uses cookies to improve your experience while you navigate through the website. Out of these cookies, the cookies that are categorized as necessary are stored on your browser as they are essential for the working of basic functionalities of the website. We also use third-party cookies that help us analyze and understand how you use this website. These cookies will be stored in your browser only with your consent. You also have the option to opt-out of these cookies. But opting out of some of these cookies may have an effect on your browsing experience.
Necessary Always Enabled
Necessary cookies are absolutely essential for the website to function properly. This category only includes cookies that ensures basic functionalities and security features of the website. These cookies do not store any personal information.
Non-necessary
Any cookies that may not be particularly necessary for the website to function and is used specifically to collect user personal data via analytics, ads, other embedded contents are termed as non-necessary cookies. It is mandatory to procure user consent prior to running these cookies on your website.
SAVE & ACCEPT